We know that Northview people love to be in God’s Word and often ask for direction on different devotional apps and reading plans.

While there are several good options available through various sources, we’d like to encourage you to join in our Northview Devotional Guide which will guide you to read and reflect on the passages preached in our weekend sermons! We hope this will unite our congregation around the study of God’s Word, and help us to more readily absorb and apply the great teaching provided by our preaching pastors. Each week we’ll be providing a suggested schedule for working through a passage slowly (15 minutes a day). You’ll need a Bible and a notebook or blank paper to record your observations.

Each day we endeavour to 1) understand the story of the characters in the text; 2) connect to His story; and then 3) apply it to our story through adoration, confession and supplication. 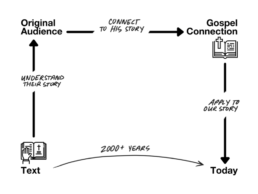 DAY ONE | UNDERSTAND THEIR STORY

Read Philippians 1:12-18, and underline or highlight any reference to Paul (eg. highlight “I, me or my”)

Pray today in thanksgiving, for the fact that the Holy Spirit has continued to advance the gospel for 2,000+ years despite the fact that it has often been opposed.

Read Philippians 1:12-18, and underline or highlight any reference to the ‘brothers’ (eg. the words ‘brothers/ some, others, latter, former’ etc).

Pray today in Confession and Supplication. Are you confident in the LORD, and bold to speak the gospel? What could you confess, and ask for when you think about your own heart and actions?

DAY THREE | CONNECT TO HIS STORY

In Philippians 1:12-18, Paul notes that he is imprisoned for Christ three times. Today we’ll investigate how and why he is imprisoned. If you have time, read Acts 21-23 which tells the first half of the story! If you want to spend less time, focus on the texts identified below:

Pray today in Adoration. Although he was imprisoned, God protected Paul and reassured him that He was with Paul and had a plan.  Praise the Lord for his sovereignty and care for his people (which includes you!).

DAY FOUR | CONNECT TO HIS STORY

Today we’ll learn more about Paul’s imprisonment. If you have time, read Acts 24-28 which tells the second half of the story! If you want to spend less time, focus on the texts identified below:

Pray today in Supplication. Acts 28:23-24 reminds us that some hear the gospel and are convinced and others disbelieve. Pray for perseverance in speaking the gospel despite a mixed response!

DAY FIVE | APPLY TO OUR STORY